This is the final part in the series.

Muslims worry about a tsunami of apostasy coming their way. The free world has a far more serious tsunami to worry about. We are proud of our scientific, technological, social and cultural accomplishments, but in less than a generation from now, all positions of power and influence in our society will be filled by people who think the absence of “safe spaces” in a university a grave injustice, who want the James Webb Space Telescope renamed after someone who had nothing whatsoever to do with science, but is eminently qualified for the honour because she was black, a slave and a woman, who think speech can be violence, who torch cities because only black lives matter, who regard disagreement with them as heresy, who are perplexed by anyone defending the right to free speech of someone they disagree with, who think nothing at all of advocating for such a heretic to be killed, who judge something a crime or not a crime depending on the “community” of the accused, who believe that history must be corrected or erased, and that humour is a serious matter. A tsunami of indoctrinated, socially-stunted and culturally-annulled generations is heading our way. These people will make decisions about war and peace, about what is to come, and about what has gone before. It could well be that thirty years from now, these words were never written, and this writer never existed.

The Palestinians had to preside over the supreme humiliation of seeing more than half the "Arab nation" abandon them right there. The Arab states see Israel and they see the opportunity cost of the "Palestinian cause." If ever the writing was on the wall... 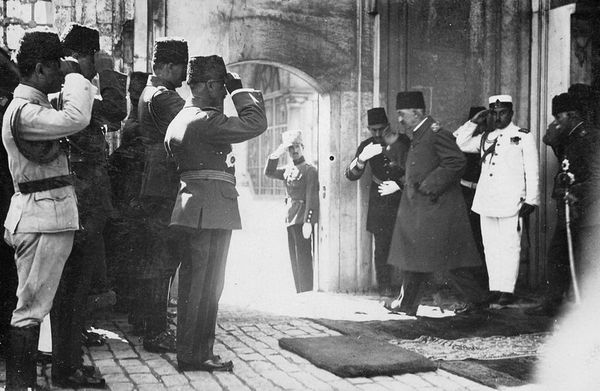 We need to understand the Palestinians' initial refusal to acknowledge that they were henceforth Palestinians. Yesterday they were the mighty Arab nation fighting to drive the Jews from a part of that Arab nation’s vast land; today they are nothing but Palestinians, an Arab people without land.