Well, to Iran. Somewhat different [to North Korea]. The regime has outlived, for example, the man whose portrait is indeed everywhere, the Ayatollah Khomeini. He has been dead since 1989, but the regime which displays his picture still goes on. It is still a theocracy built in the image of one man, and on one rather particular interpretation of the rights of Shi’a clerics to make laws. It is actually a declining regime for that reason, because the generation of mullahs who impose this revolution, and the generation of Revolutionary Guards to actually imposed it by force, is dying and more abundantly, it’s very clear.

I went several times to the weekly Friday prayers that are still held at the University, the weekly rally of the regime, and all the speakers were very elderly and often quite quavering and snowy-bearded, if you like, rather than just white-bearded [inaudible]. There was a time, obviously, when it was very terrifying to live in Iran. I can tell that because of a friend of mine who runs a bookstore. He’s a big tough guy, heavy-set, brilliant intellectual, Kurdish, strong fellow, but every time anyone with a beard came into the store, there was a flinch in his eyes. He would act nervously or sometimes hide a book under the desk. He wasn't all that terrified when I saw him, but he was a man, you could tell, who had lived under a reign of terror. When you've met someone who's been through that, you'll always be able to recognise the symptoms.

It must have been very bad. I know this is true also from female friends of mine who were terrified that if they let one strand of hair show under the hijab, they would have acid thrown in their face, or perhaps be blinded by a blow from a truncheon, either from a policeman or from an over-enthusiastic civilian. You can see the fear in people's eyes. That goes on from that too. But this isn't really happening anymore.

What is happening in Iran is very interesting. Within the carapace of a theocratic state, an almost completely secular society is being created. This is for a ghoulish reason. The Iranian mullahs lost so many young people in the suicide waves that they sent against Iraq, the sending of gangs of school children and teenagers to clear minefields on the Iraqi border, there's not enough room in large parts of Iran to bury the number of people they killed. Large parts of the country is one big cemetery. They lost so many young people, that they had to pay Iranian mother's incentives: if you would agree to have three or more children, you could get quite a lot of subsidy and quite a lot of help from the regime. They tried to breed quickly a new generation, as the consequence of which it worked out alright, but not in the way they expected.[1]

As a consequence of which it's estimated that more than half the population of the country is under 25 and they all hate the mullahs. It’s what I call ‘the baby boomerang’ in Iran. And if you want to get a drink, which, believe me, I did, I found a bootlegger at the airport, when I arrived. As a matter of fact, if you want someone to come round to your hotel room or your apartment and bring anything else you might like, any other form of alcohol or drugs or pornography or any other kind of video or publication, you can do that very swiftly. The mullahs are powerless to stop it. They may even, some of them, be profiteering from some of this illegal black market themselves.

There is a tradition in Shi’a Islam, very, very firmly believed in by the devout, it's one of the many ways in which Shi’a Islam is quite like Roman Catholicism. It has twelve Imams, one of them is still alive somewhere. He never died. He's never left the earth. He’s never left us. He will come back one day and then we'll know. We will know that the Reign of Justice on earth is about to begin. Some people thought Khomeini might be the 12th Imam, but he was too pious a man to claim it. It's very blasphemous to claim it for yourself. And it may not be a Shia, that it may not be a Persian. We don't know, but the Hidden Imam, they believe, is somewhere.

Well, I overheard two taxi drivers discussing and one of them said, do you think maybe George Bush is the 12th Imam? Now when things have gone that far, the authority of the mullahs, I think, can be said to have been fairly fatally undermined. These drivers won't stop for anyone with a turban. It's remarkable to see on the street. These guys just wave and wave and the cars won’t pick them up.

It’s widely said, it was very widely said to me that they wished there’d be an American military intervention. It was said to me most memorably by someone I know slightly, Hossein Khomeini, the grandson of the Ayatollah Khomeini, the only living male Khomeini, in his home in Qom. He said to me, we wished that there would be an intervention to remove the theocracy. I asked, well, why should Sayeed Hossein Khomeini want to remove theocracy? He's a mullah. It's because he’s a genuinely believing and devout Shi’a person and a great admirer of Grand Ayatollah Sistani of Najaf in Iraq, where he spent a good deal of time lately, and he believes that if it goes on this way, his religion will be discredited, and that the Shi’a cause will be disfigured and defamed and discredited by [inaudible] and he's right.

It’s led to the mass production of atheism among young Iranians. I slightly hope it goes on a few more years, so the job gets really thoroughly done before it falls, which it will. If we were able to establish an ordinary timeline for ourselves, we would say, I think, that within ten years the generation of the dictatorship will die out and will somehow be replaced. It'll be an organic internal endogenous process of self transformation.

In Iran, everyone has a satellite dish. Almost everyone has a relative outside the country. People travel. They all get the news. They don't bother with the official propaganda at all, and they're ready to vote. When they do vote, they always vote against the theocracy. It’s just that there’s a reserve government, a secret state within the state, that does not actually allow them to take power. That, unfortunately, again, there is another timeline that we cannot overlook, which is the surreptitious acquisition of weapons of mass destruction, and the sponsorship overseas of religious gangsterism.

It's not possible, I think, to allow ourselves, with any insouciance, to say, well, let's have another ten years of that as well, while it gradually wears itself out of existence. So once again we're confronted with people who are gifted, talented, useful, civilised, people who have been denied all their rights, and by a government that tries to stay in power by making threatening gestures towards its neighbours and towards the international community. This dilemma is evidently not going to go away. I have some thoughts about what might be done next about all of these things. 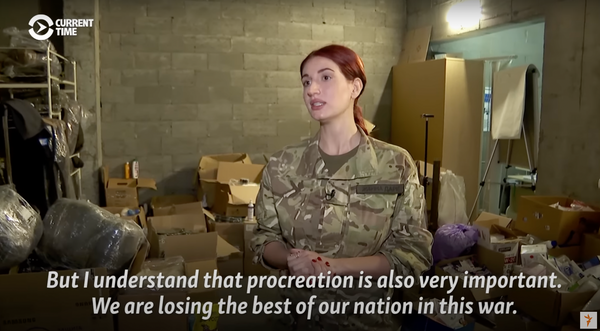 The enemy is not only at the gates. It is in the hearts of Jews and it is in the Knesset. Thankfully, Benjamin Netanyahu knows this, and he is not a timid man. Those who will join him in his new government are not timid either. There is hope.