As-salaamu-alaikum wa rahmatullahi wa barakatu. Brothers and sisters, in today’s khutbah, insha-Allah, I want to talk about a new tactic that Shaitan he is using against the Muslims, ’a’uthu-billah. Our ummah is in great danger, brothers and sisters. The kufaar they are now attacking the iman of our young people in such a way that they can doubt Islam even without knowing that they doubt, astaghfirullah.

Nowadays, our own children, good Muslim children from good Muslim families, Islamically active, well respected in the community, they directly ask their parents the unthinkable, wallahi. Brothers and sisters, imagine the hurt of a parent — some of us we may have experienced this — imagine the disappointment when a child he asks his parents, “Why are there no Muslims with Noble Prizes?” The shock — in Internet we can read the kufaar they write there, there are two Muslims with Noble Prizes; and our children they believe what they read there in Internet.

Shame, brothers and sisters. Our ummah we must face this, as much as it distresses us. We Muslims do not have these Noble Prizes and our young people feel shame. They feel shame that we Muslims do not have enough scientists to win these Noble Prizes. Ya Allah, brothers and sisters, the scientists, the kufaar, they want these Noble Prizes. They are hungry for them. They want prizes for their doubt. The one scientist he says, “I have the most doubt; give the Noble Prize to me.” The other scientist he says, “That one he is a liar. I have more doubt than him. Give the Noble Prize to me.” They fight for the grand prize of doubt, the grand prize of Shaitan, subhanallah.

Brothers and sisters, this is a clear warning from Allahu-subhanallahu-wata-aala that the end of times is near. When Allah he willed the kufaar to call their prize the Noble Prize, he was reminding us that we must guard ourselves against straying from the Noble Qur’an. Did Allah azzawajal not bestow upon us the perfect book, the book that has been perfectly preserved right down to every word, every letter and every dot? Did Alla azzawajal not bestow on us, the best of people raised up from mankind, the book of which there is no doubt? “Thaalik alkitabu la raybafeehi,” says Allah in the Holy—the Noble Qu’ran. The is no doubt, brothers and sisters, no doubt. The Noble Prize attracts to doubt; the Noble Qur’an protects from doubt.

Scientists they are the magicians of the kufaar. These magicians they are the mujahideen of Shaitan. Why? Why the scientists they are the mujahideen of the kufaar? Can anybody tell me? ...Because the scientists they spread doubt. The one scientist he says, “Look, I have a new theory. Reality it is like this.” The kufaar they all believe him. They give him the Noble Prize. They write many books about his theory. They teach this theory to their children in their schools. Twenty, thirty, forty years later, another scientist he comes he says, “That theory it is wrong. My theory it is right. This is the reality.” Now the kufaar they all believe him. And all the old books they throw them away or they send them to Africa. Now they make new books and they to teach their children a new theory.

One hundred years, one thousand years it goes like this: make theory; believe theory; teach theory; doubt theory; scrap theory; and the doubt starts again. They can never be sure because they only have theories; they can never know. They even sing, subhanallah, they even sing, “The more I find out, the less I know.” Wallahi. By the time they know everything, they will know nothing. Better they stop now and turn to Islam, but they will not, because Allah has forsaken them.

Allah’s warning to the Muslims it gets stronger day by day. Day by day Allah’s warning to the Muslims it gets stronger. I read in Internet, in the last three years eight women, eight women win this Noble Prize. Ya Allah, how is this possible? The kufaar’s greatest prize, the prize that their top scientists fight over, they give to people of low intelligence! Wallahi, I count in Internet: one, two, three, four, five, six, seven, eight! Eight women they win the Noble Prize, eight. People who they forget what they want to say before the judge, people who their husbands must beat them so they will obey, people who they are the most of the people in Hell, these people the kufaar they give this prize. The kufaar they call it 'the Noble Prize' to trick the Muslims. But what is worse, brothers and sisters, what is worse, subhanallah, one of these eight women she is a slave! Wallahi. This prize they give it to slaves! Our young people, may Allah have mercy on us all, our young people they are ashamed that Muslims we do not win this disgraceful prize. But there is worse to come, my dear brothers and sisters, much worse.

Our young people, the ones they go to the university, after only one year in such a place, they are troubled. They don’t talk anymore, they don’t want to eat, they don’t want to go to visit family, go to weddings, and so on and so forth. They say they have to study. They don’t have time. They read many books. Not Islamic books, kafir books, books about science and history, even about haram things. May Allah forgive us for how we neglect our children. And the worse thing of all in those books they read that most of the winners of those Noble Prizes are Jews. And what do our young people say? — there are no little children here today, so I can say this; may Allah forgive me — our young people they say the Jews they are better than us; the Jews they are better than the Muslims. Ya Allah! How is this possible, my dear brothers and sisters? They say the Jews are so few and they win so many prizes, yet the Muslims are so many and we have won nothing. That we should hear such terrible words from the mouths of our own children is a punishment from Allah. We have turned towards doubt.

The Qur’an is the book of which there is no doubt. Allah azzawajal says “the book,” not “a book”. Every book that is not the Qur’an has doubt; only the Qur’an is safe from doubt. At the end of science, there is nothing. Only then, when the kufaar they know nothing, then they will have no doubt. There they will find the true Noble Prize waiting for them: the Noble Qur’an. This is why we say, brothers and sisters, where science ends, there the Qur’an begins. This Allah he has ordained for them. It is a warning to us. If the Muslims we do as the kufaar do, we become like the kufaar. We will doubt everything and while we doubt, slowly slowly slowly the kufaar they will turn us towards them. They will make us want to be like them. And then we will leave Islam. Astaghfirullah. 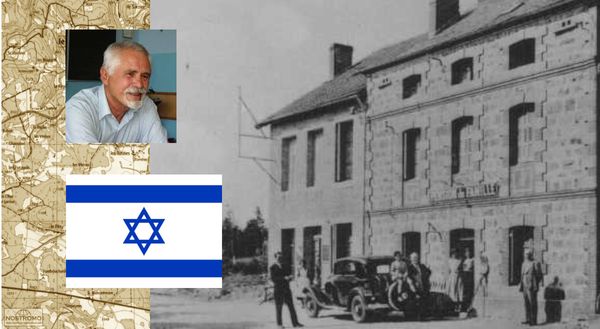